When light (or other kinds of electromagnetic radiation) waves collide with a surface or other boundary that does not absorb the energy of the radiation as well as reflects the waves away from the surface, wave is reflected. The surface of a smooth pool of water is the most basic example of visible light reflection, where incident light is reflected in an organised manner to provide a clear image of the surroundings surrounding the pool. When you throw a pebble into a pool, it causes the water to ripple, disrupting the reflection by spreading the light rays in all directions.

The old Greek philosopher Euclid, who performed a series of experiments around 300 BC & appears to have had a thorough knowledge of how light is reflected, is credited with some of the first reports of light reflection. However, it wasnt until a millennium and a half later that Alhazen, an Arab scientist, published a rule defining exactly what happens to a light beam when it meets a flat surface and bounces off into space.  The incident wave is the one that comes in contact with the surface, while the reflected wave is the one that bounces back. A beam of visible white light projected at an angle (incident) onto the surface of a mirror is reflected back into space by the mirror surface at an angle (reflected) equal to the incident angle, as shown for the operation of a flashlight beam on a smooth, flat mirror. As a result, for visible light and all other wavelengths in the electromagnetic radiation spectrum, the angle of incidence is equal to the angle of reflection. The Law of Reflection is a name used to describe this notion. Its worth noting that the light isnt broken down into its constituent colours since it isnt bent or refracted, and all wavelengths are reflected at the same angle. Although practically all surfaces will reflect light to some degree, the ideal surfaces for reflecting light are exceptionally smooth, such as a glass mirror or polished metal.

Because light behaves like a wave in some ways and as if it were made up of particles in others, various different theories of light reflection have developed. According to wave-based theories, light waves spread out in all directions from the source and are reflected at an angle specified by the angle at which the light arrives upon striking a mirror. Each wave is inverted backwards during the reflection process, resulting in a reverse picture. The size of the light source and the distance travelled by the waves to reach the mirror determine the form of light waves. Wavefronts released by nearby light sources will be extremely curved, whilst those emitted by distant light sources will be practically linear, affecting the angle of reflection. Light comes at the mirror in the form of a stream of small particles called photons, which bounce away from the surface upon collision, according to particle theory, which differs in several essential respects from the wave notion. Because the particles are so tiny, they move close together (essentially side by side) and bounce off various places, therefore the reflection process reverses their sequence, resulting in a mirror image. The consequence of reflection is the same regardless of whether light is working as particles or waves. A mirror image is created by the reflected light.

The amount of light reflected by an item, as well as how it is reflected, is strongly influenced by the smoothness or roughness of the surface. When surface defects are smaller than the incident lights wavelength (as in a mirror), almost all of the light is reflected evenly. In the actual world, however, most objects have convoluted surfaces that reflect light in all directions, resulting in a diffuse reflection. Many of the items we see on a daily basis (people, automobiles, homes, animals, trees, and so on) do not emit visible light themselves, but rather reflect incident natural and artificial light. An apple, for example, seems to be a gleaming red hue because it has a relatively smooth surface that reflects red light while absorbing non-red wavelengths of light (such as green, blue, and yellow). There are two forms of light reflections that may be loosely classified. Light reflected from a smooth surface at a certain angle is known as specular reflection, whereas diffuse reflection is caused by rough surfaces that reflect light rays. In our daily lives, diffuse reflection occurs significantly more frequently than specular reflection.

Consider two extremely different surfaces to demonstrate the contrasts between specular and diffuse reflection: a polished mirror and a rough reddish surface. The rough reddish surface, on the other hand, does not reflect all wavelengths since it absorbs the majority of blue and green light while reflecting red. Furthermore, diffuse light reflected from the rough surface is dispersed in all directions.

Related question: A convex mirror of focal length f produced an image (1//n)^(th) of the size of the object. The distance of the object from the mirror is?

How to stop Termites - Termite Avoidance Tips That Can Protect Your Residence From an Infestation. 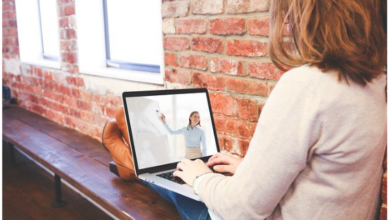 The Incredible and Mindful Tips to Choose an Online College 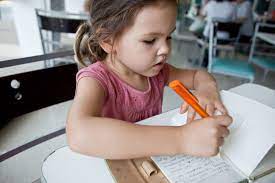